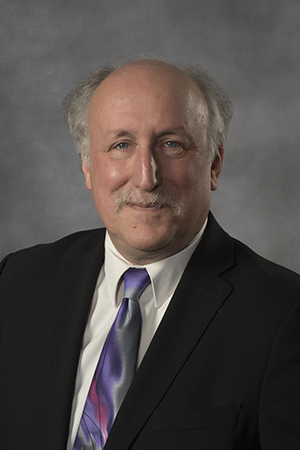 Peter A. Boling, MD is a Professor of Internal Medicine and is the Division chair. Dr. Boling’s work has centered on geriatric education and on improving care of people with advanced chronic illness with a focus on home-based care. He attended Amherst College (BA in English with honors in 1976) and received his MD from the University of Rochester School of Medicine and Dentistry in 1981 with a student pathology fellowship in 1978-1979. Rochester placed a strong emphasis on the bio-psycho-social model of clinical care which he has maintained as a core value. He completed General Internal Medicine residency in Richmond and joined the VCU faculty in 1984, starting the House Calls program and rising through the ranks. He has held several important internal roles at VCU, including helping to develop a 180-physician IPA and leading the Division of General Medicine for 6 years before accepting the chair position in Geriatrics.

Dr. Boling is a past-president and board member of the American Academy of Home Care Physicians. He has been recognized for his work nationally by the American Geriatric Society with the Nascher-Manning career award and locally by the MCV Physicians group practice of more than 650 faculty members in 2010 as the Distinguished Clinician of the year, the first generalist and geriatrician to receive this award. He is a fellow of the American Geriatrics Society and the American College of Physicians and recipient of numerous other awards for teaching and service. He co-led national initiatives to revise Medicare payment and regulatory policy in home care, chaired the Joint Commission Home Care advisory committee. Dr. Boling was instrumental in developing the Independence at Home (IAH) Act which became section 3024 of the Accountable Care Act and led to an appearance on the NBC Nightly News. Section 3024 authorizes a multi-site three year demonstration that is testing the home medical care model. VCU is partnering with the University of Pennsylvania and Medstar Washington Hospital Center in the mid-Atlantic IAH Consortium, one of 19 IAH sites around the U.S.

Dr. Boling has been the principle investigator on two educational grants from the Donald W Reynolds Foundation, totaling almost $3 million, and he co-directs the $2 million HRSA-funded Virginia Geriatric Education Center. VCU is engaged in a highly innovative inter-professional education design involving five VCU Schools under the Reynolds Next Steps grant and statewide work with a similar focus through the GEC. These grants are based on decades of work improving geriatric education for medical students, residents, geriatric fellows, and the local and national community. In the past five years Dr. Boling and members of the Division have also led the progressive growth of the Virginia Geriatrics Society conference to an annual attendance of 350 in its 23rd year (2012).

In 1997 Dr. Boling published a single-author text, The Physician’s Role in Home Health Care, and in 2009 he edited the home care edition of the Clinics in Geriatric Medicine on the same topic. Since 1984 he has published extensively on home care, care transitions, and medical education.

Dr. Boling leads by example as well as in concept and spends 30 percent of his time in patient care, working closely with nurse practitioners in multiple venues including ambulatory care, nursing homes, home care and inpatient service. He has been the Richmond area’s most recognized geriatrician for more than a decade. He has also been a medical director and advisor in nursing homes, home health agencies and hospices.

Dr. Boling and the Division, supported by the Department and School, are engaged in a strategic plan for growth in the Division’s programs in education, research, quality improvement and clinical care across the continuum.