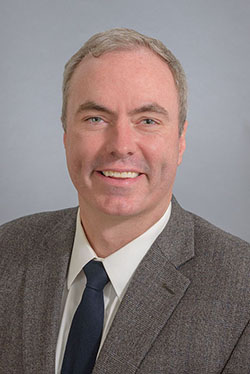 Peter Jackson, MD is an Assistant Professor in the Division of Pulmonary Disease and Critical Care Medicine. His research focuses mostly on non-communicable lung disease in low-middle income countries with a focus on East Africa. Dr. Jackson first became meaningfully involved in global health during residency, as a Yale-Johnson and Johnson Global Health Scholar in Monrovia, Liberia. While in Liberia he worked at JFK Hospital where he taught medical students and conducted several quality improvement projects. At the end of his time in Liberia, Ebola broke out in the region and he remained involved with several non-profits as they navigated the outbreak.

In 2019 Dr. Jackson was awarded a NIH-Fogarty Global Health Research Fellowship with Johns Hopkins University. During this fellowship he lived in Kampala, Uganda and conducted several research projects focused on occupational and restrictive lung disease as well as capacity building.

Recently, Dr. Jackson was awarded the first Chest Foundation & American Thoracic Society Grant in COVID and Diversity to study the effect of COVID-19 on tuberculosis care in Uganda. Aside from his global health work he conducts interstitial lung disease research and sees patients at his clinic and in the MRICU at VCU-Health.